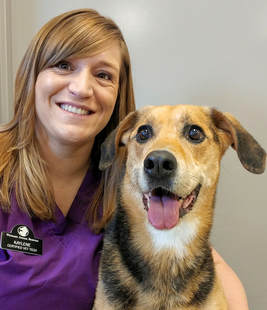 
Kaylene started her career as an intern in May of 2004 and has been working as a Certified Veterinary Technician since receiving her certification.

Kaylene resides in Durand with her husband Kenny and two step-daughters, Alexis and Ashley. Kaylene and Kenny welcomed their daughter Adalynn in April of 2017. They have two dogs, Thor, a lazy but loving Labrador and Tuckett, a cuddly Cavalier King Charles Spaniel and two cats Zazu and Timon.
​
In Kaylene's spare time she enjoys riding motorcycle, spending time with family, camping and cheering on the Green Bay Packers. 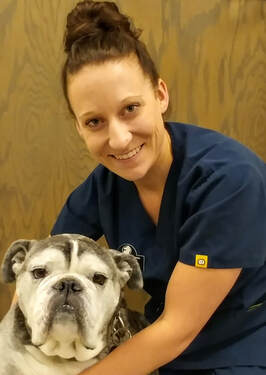 
Krystal began her journey with Westgate as an intern in 2010. Upon passing her certification test she has been working as a Certified Veterinary Technician ever since.

She currently resides in Eau Claire with her husband. Together, they have their "children" Roxy, a lovable Olde English Bulldog, Buddy the energetic German Shorthaired Pointer and Lennox, the goofy Olde English Bulldog . She loves spending any free time outdoors whether it is fishing, hunting, gardening or tending to her chickens, turkeys, and bunnies. 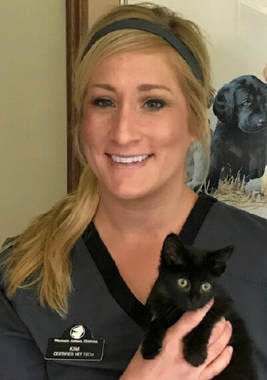 
Kim is a Certified Veterinary Technician and started working at Westgate Animal Hospital in February 2011 after graduating from Globe University.

She and her husband live with their dog, a Blue Heeler named Willie, three cats, two mini donkeys and horses. She enjoys competing in barrel races around the Midwest, photography, turkey hunting, fishing, working in her garden and tending to her beloved chickens. Kim is an eight-year Army Iraq Veteran (Military Police) and served a tour in Baghdad OIF from 2007-2008. 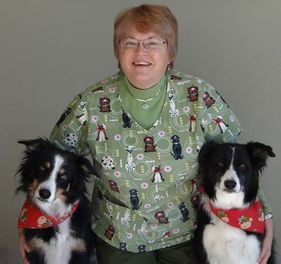 
Jean began her tenure at Westgate as a certified technician in 1981.

Jean's current passion is her two Border Collies: Lucy and Bella. Jean spends much of their time doing herding and obedience.  Jean also has three cats. Some of her favorite pastimes include knitting, crocheting, biking, and camping. 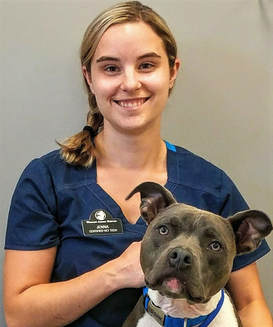 ​Jenna resides in Eau Claire with her husband Brock and their three dogs, Skyler, a very sweet German Shepard mix, Willie, a very energetic but loving Pitbull and Max, the gentle and calm Boykin Spaniel. They also have three cats, Rupert, Milo and Pez. In her free time she enjoys being outdoors whether its helping with wildlife habitat at her fiancé's family farm, hunting, fishing, helping in the garden or just laying out in the sun with her dogs. She also enjoys reading and being with family.